WSD 2012 events in Armenia were launched on October 11

WSD 2012 events in Armenia were launched on October 11 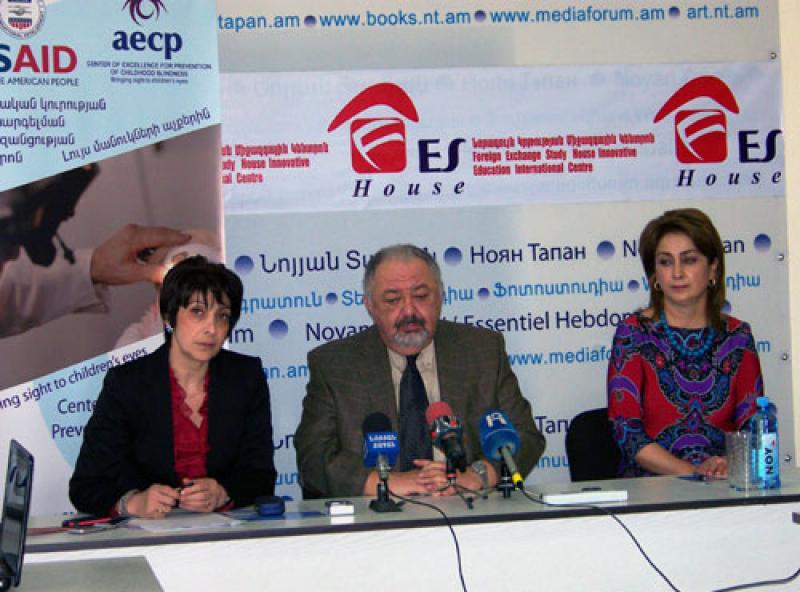 Yerevan, Armenia-The Armenian EyeCare Project (AECP), with the support of the Ministry of Health of Armenia and USAID/Armenia, and in collaboration with the National Chamber Orchestra of Armenia and the Art & Sports Center of Arabkir, will organize a series of events this month to mark World Sight Day–an international day of awareness, held annually on the second Thursday of October in over 100 countries. The purpose of this observance is to raise the issues of avoidable blindness and visual impairment on the global stage. ”Within the framework of the recently launched USAID-AECP program– the Center of Excellence for Prevention of Childhood Blindness–theAECP theme for World Sight Day (WSD) 2012 is ''Bringing Sight to Children's Eyes''to highlight issues of prevention of childhood blindness,'' announced AECP Country Director Nune Yeghiazaryan at a press conference today. WSD 2012 events in Armenia were launched on October 11. The AECP medical team conducted free eye screening for elderly people in Hatsik village, Armavir province, followed by a surprise dance performance for village residents. The students of the Art & Sports Center of Arabkir, invited by the AECP from Yerevan, performed a flash-mob at the village school, inviting everyone to dance http://youtu.be/UK5wmO-JkzM Flyers with WSD messages and eye care information were distributed to people after the event. Further events will round out the WSD observance: On October 13, AECP fellow Lilit Mkrtchyan will conduct eye screening at #14 Specialized School of Yerevan for children with low vision.The same day, the AECP team will join the charity campaign of the U.S. Embassy in Armenia in Lukashin village (Armavir) where volunteers will paint windows of the local public school, which is in need of refurbishment. Two charity concerts at the Komitas Chamber Music Hall (1 Isahakyan Street, Yerevan) will wrap up the WSD events. On October 23, the National Chamber Orchestra of Armenia (NCOA) will perform a classical music program starring Levon Chilingirian, a world famous violinist of Armenian origins, invited from the UK . Vahan Mardirossian , the principal conductor and artistic director of Caen Symphony Orchestra (France) and the NCOA will present another concert on October 25 with NCOA soloists. Tickets for the concerts are currently on sale at the Komitas Chamber Music Hall (tel. 010 52 67 18). Funds raised at these events will support programs fighting childhood blindness in Armenia and the region.   About USAID/AECP Center of Excellence for Prevention of Childhood Blindness BringingSight to Children’s Eyes The mission of the Center of Excellence for Prevention of Childhood Blindness (CEPCB) is to establish and develop a specialized ophthalmological capacity to help children from Armenia and abroad combat childhood blindness. In addition, the Centerfacilitatesthe exchange of knowledge among medical professionals in the region. In particular, the goalof the CEPCB is to make specialized eye care accessible to all children in Armenia and in the region and to eliminate childhood blindness caused byretinopathy of prematurity (ROP). To date, the AECP doctors have been screening infant patients and performing laser procedures when required. This treatment prevents blindness from ROP in most cases. The Center of Excellence for the Prevention of Childhood Blindness will introduce the surgical tier of ROP treatment. With this addition, the full complement of treatment options for ROP will be available in Armenia making it possible to treat all cases of ROP and related diseases, thus preventing lifetime blindness. The project has already initiated training of Armenian surgeons in the United States, secured modern surgical equipment, and will work towards further professional cooperation. The continuing involvement of U.S. physicians—among them, the finest retina and ROP specialists in the world—with highly-trained AECP Armenia surgeons, will elevate the treatment of ROP in Armenia to a level that will qualify it as a regional center. The project will ensure excellence both in treatment and in service. It is expected that the services of the Center of Excellence will be in high demand because there is an increase in ROP cases in this region of the world and a lack of trained professional, equipment and systematized approaches. The AECP will work to develop and maintain professional contacts with medical practitioners throughout the region through conferences, reciprocal visits, training, on-line technology, etc. We hope that the Center of Excellence will become a virtual regional learning center, which will combine the strength of knowledge from other countries, in addition to Armenia, and will promote joint discussions on the diagnosis, treatment modes and options for ROP cases. A number of tools and mechanisms will be used to create and maintain virtual examination rooms, consultations, and image sharing.
-   Press center
Read 2522 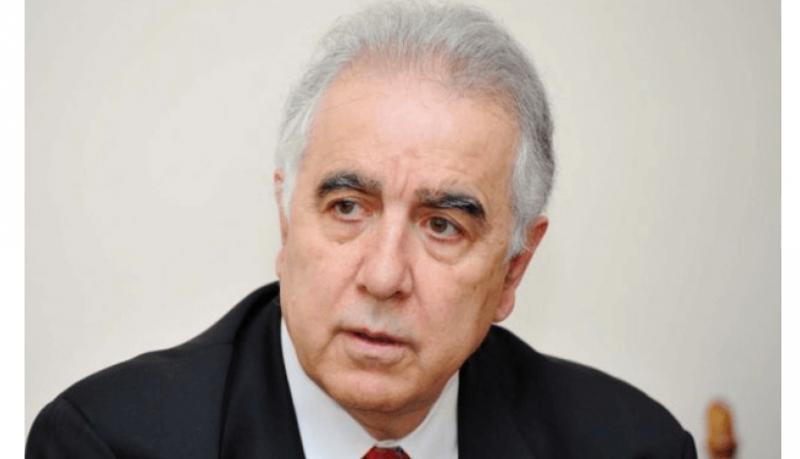 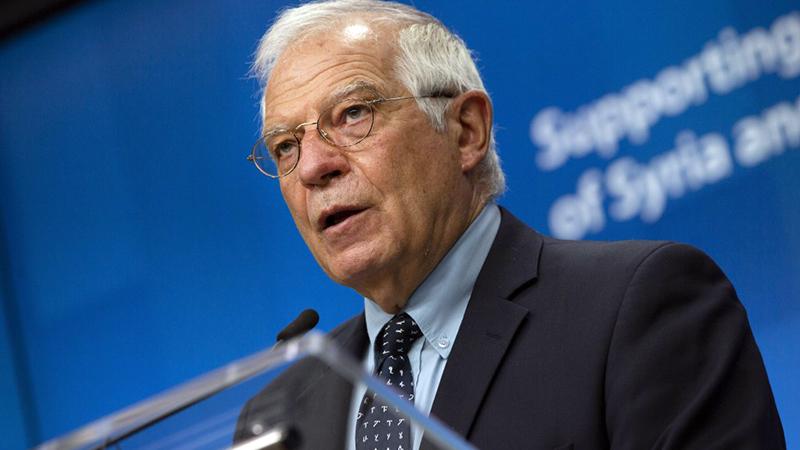 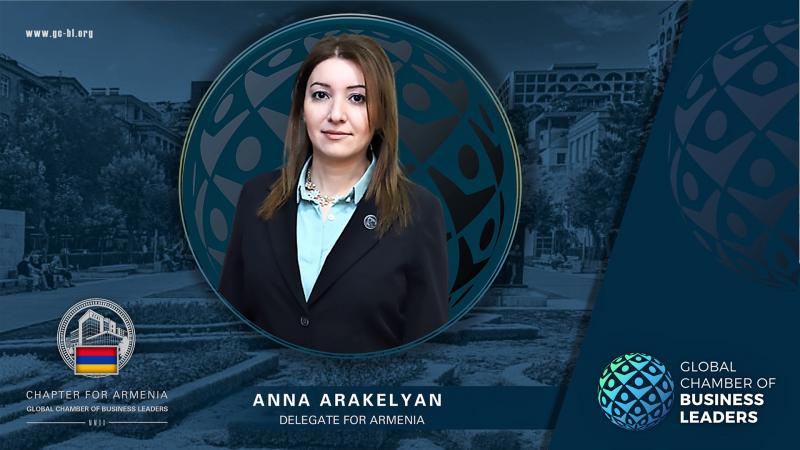 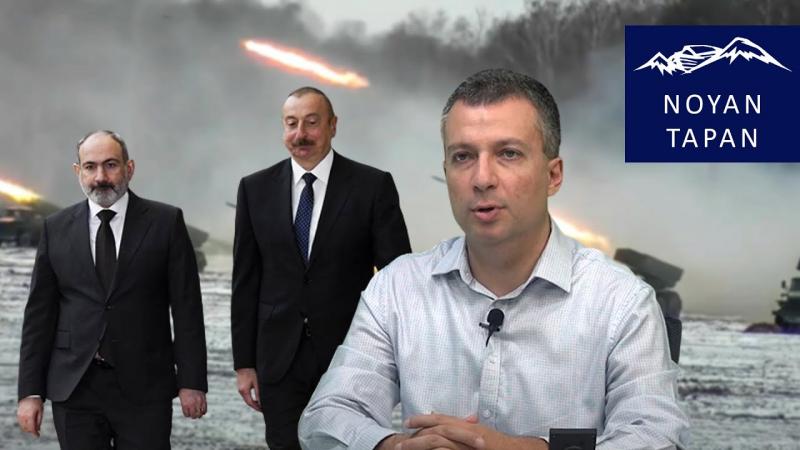